Alzheimer’s disease is an irreversible progressive brain condition commonly affecting the elderly. It is characterized by the continuous death of brain cells (neurons) and the development of abnormal brain deposits called plaques and tangles. Read more >

The prostate gland is a walnut-sized organ found in men between the penis and the bladder, in front of the rectum. The prostate gland produces the seminal fluid which serves as nourishment and protection of the sperm cells. Read more >

Cirrhosis of the liver refers to scarring of the liver which results in abnormal liver function as a consequence of chronic (long-term) liver injury. According to the latest WHO data published in 2018, liver disease deaths in Philippines reached 7,491 or 1. Read more >

Dyspepsia is defined as one or more of the following symptoms: epigastric pain, fullness after eating or bloating, early satiety, or burning sensation. Some people also have nausea, vomiting, lack of appetite, or weight loss. Read more >

Epilepsy is a chronic disorder of the central nervous system characterized by abnormal brain activity, resulting in seizures, its primary feature. Other associated symptoms include loss of consciousness, unusual sensations, and some periods of unusual behavior. Read more >

GERD or commonly referred to as reflux is a digestive disorder wherein the contents of the stomach goes back up into the esophagus (tube between the mouth and stomach). Read more >

Liver cancer is a form of cancer that starts in the cells of the liver. There are many different types of cancer that can develop, but the most common form is hepatocellular carcinoma (HCC). This type of liver cancer involves liver cells known as hepatocytes. Read more >

Metastatic breast cancer is a condition wherein cancer cells from the primary disease in the breast travel to different organs. Once this happens, the cancer is said to have “metastasized” to other sites in the body. Usually, the presence of metastasis (plural: metastases) indicates a Stage IV breast cancer. Read more >

Muscle spasm is a symptom characterized by involuntary contraction of any muscle in the body. It can be the muscles of the head, the back, the abdomen but more frequently, the extremities. It is also known as muscle twitch or muscle cramps. Read more >

Neuropathy or peripheral neuropathy refers to the damage or abnormal function of one or more nerves in the body. Nerves allow us to feel different sensations such as touch, pressure, vibration and pain. They also allow us to move by causing muscles to contract. Read more >

This discussion is meant to give an overview of the general characteristics of overactive bladder. Each patient is unique. Patient-to-patient differences exist, and a discussion on the material with your urologist is encouraged. Read more > 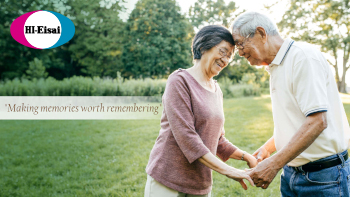